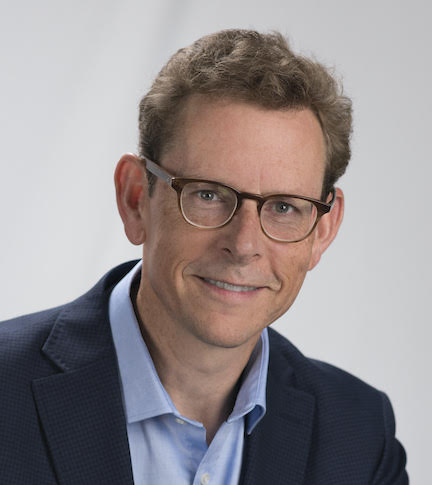 John Lafferty is the John C. Malone Professor of Statistics and Data Science at Yale, with a secondary appointment in Computer Science. Before joining Yale, Lafferty was Louis Block Professor in the Department of Statistics and the Department of Computer Science at the University of Chicago, and also Adjunct Professor at the Toyota Technological Institute of Chicago. Professor Lafferty's research area is machine learning, including computational and statistical aspects of learning algorithms and high-dimensional data, modeling human language, and a recent focus on applications in neuroscience.

Lafferty received his doctoral degree in mathematics from Princeton University, where he was a member of the Program in Applied and Computational Mathematics. At the University of Chicago, he helped to launch a new Ph.D. program, the Committee on Computational and Applied Mathematics. Prior to joining the University of Chicago in 2011, he was a faculty member in the Computer Science Department at Carnegie Mellon University. At CMU he was also a faculty member in the Department of Statistics and the Machine Learning Department, where he played a role in founding and directing the Machine Learning Ph.D. program. He got his start in the general area of machine learning while working on problems in language processing and statistical machine translation at the IBM Watson Research Center in Yorktown Heights, NY.

Lafferty and his co-authors have received several "Test of Time" best paper awards recognizing their work. He served as program co-chair and general co-chair of the Neural Information Processing Systems Foundation conferences in 2009 and 2010, and is currently a member of the NeurIPS Board of Directors. He recently served as a member of the Committee on Applied and Theoretical Statistics (CATS) of the National Research Council. He has most recently served an associate editor of the Journal of the American Statistical Society, the Bernoulli Journal, and the Journal of Machine Learning Research. His recent service at Yale University includes serving on the Physical Science and Engineering Tenure and Appointments Committee, and the University-wide Committee on Data-Intensive Social Science.